Giraudon is a family story, a story of enthusiasts, technicians and merchants. A story that began in 1890 in Marseille. For 130 years in 2020, we have been supplying professionals in the food industry, confectioners, chocolate makers, ice cream makers, flavourists, pharmaceutical and chemical laboratories, craftsmen, distributors for bakeries and pastry shops, organic stores and independent businesses.

In Marseille, Georges Giraudon founded a small business on the Avenue de la Corse and started trading. The business was doing well and the company soon moved to the Catalans site near the beach. Gradually, the factory was equipped to grind and package sugar in industrial or household formats. The activity thus developed.

When his son Adrien took over, the sugar industry was booming, he specialized and bought his first machine to make sugar cubes. This was the beginning of his success. He obtained a license to denature the alcohol produced by the distilleries of the sugar manufacturers for household use (cleaning and hiding). Giraudon supplied the city with sugar and methylated spirits.

Throughout the 20th century,

On the factory, located on the waterfront in one of the most picturesque places of the city of Marseille, one can read the inscriptions “G. Giraudon et Fils – Sucres et alcools”. Generations have thus followed one another.

Giraudon has become the leading sugar merchant in Provence and supplies small and medium-sized industrialists as well as distributors for bakers and all kinds of retailers and supermarkets.

Hundreds of customers find themselves in the service provided by Giraudon: quality sugar, a wide range of products and, of course, the fact that they can buy small quantities of sugar negotiated upstream in large volumes by their supplier. Everyone wins, everyone advances hand in hand and the business prospers. 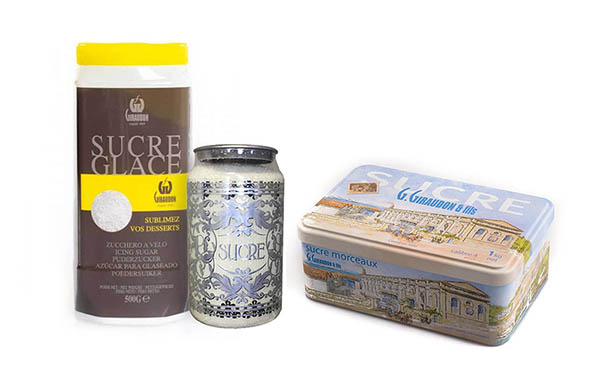 Jean Charles Bagnis, the current manager, took over from Danielle and Georges Giraudon and perpetuated the saga. He thus represents the 4th generation of this emblematic Marseilles family to run the company.
At that time, business had changed.Globalization had come and gone, and to survive it, one had to adapt. Forced to free up the Marseilles waterfront, Giraudon moved to Vitrolles and invested in numerous machines. The alcohol business was abandoned and the company developed its sugar trading business in order to keep its customers and provide them with the same quality of service it had always offered for over 100 years.

It was time for modernization. The range of products was expanded, household packaging became colorful, original and modern, organic sugars were developed, as well as special sugars, the famous Giraudon sugar can was created for delicatessens, and an Internet site was developed.

Giraudon acquired its sister company Baraduc in Lyon and increased its combined annual volume to 40,000 tons.. 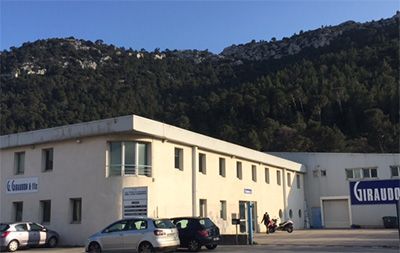 G. Giraudon et Fils decided to move to Gémenos. There, at the foot of the Pagnol hills, in a very dynamic industrial setting, the company sees it as a new beginning. It has been through the ages, through the generations. Proud to be still independent, the Giraudon company intends to maintain and develop what is dearest to it: the service provided to its customers.